A Skeptic’s Path to Enlightenment
IN 9 MEDITATIONS

A 12-week course in analytical meditation specially adapted to a skeptical 21st century audience to achieve a happy, meaningful life, fulfilling relationships, and a better world.

9 meditations that help you:

be your best self

do good in the world

"Scott is an amazing teacher and anyone who is interested in studying Buddhism from a more secular point of view should take this course!"
L.C.
"Scott's approach is quite unique and he obviously speaks from a weath of personal experience with meditation. This course works great for people just starting out as well as those who have been practicing for a while and want to enhance their understanding of these essential topics."
J.A.
"Engaging, charistmatic, and able to answer some very complicated questions with answers that made sense to a less academic audience - me!"
R.A.
"Scott was really fantastic at guiding us through the topics with a different approach to what I had normally heard. I love that many of the aspects talked about are applied in a secular capacity. I think this is amazing because it means it's more explainable to other people who might not be Buddhists themselves."
J.D.
"This way of teaching is very needed in the Buddhist world, I have no doubt I will go back to these classes again and again."
S.R.
"The atmosphere created was very open and relaxing, sort of informal but in all the best ways that actually just helped put the mind at ease, this approach to studying and the constant emphasis on being kind to the self during the process of trying to understand the mind."
R.T.
"Scott is such an engaging teacher, clearly steeped in Buddhist dharma but with an ability to present topics with clarity, insight and humour."
N.Y.
"The relaxed and open atmosphere made it possible for all to feel at ease in the expression of such delicate matters; Scott Snibbe embodies the qualities I strive to achieve, kindness, knowledge, humility, all tinged with humor!"
P.W.
"I would like to thank Scott Snibbe for this incredibly generous sharing of his many years of thinking and analysing the Lam Rim teaching, and delivering such a fresh and clear views on these profound teachings. I will listen to them all again as it is quite a lot to take in, but it really helped my understanding of the whole path, in a secular (modern) way."
A.C.
Previous
Next 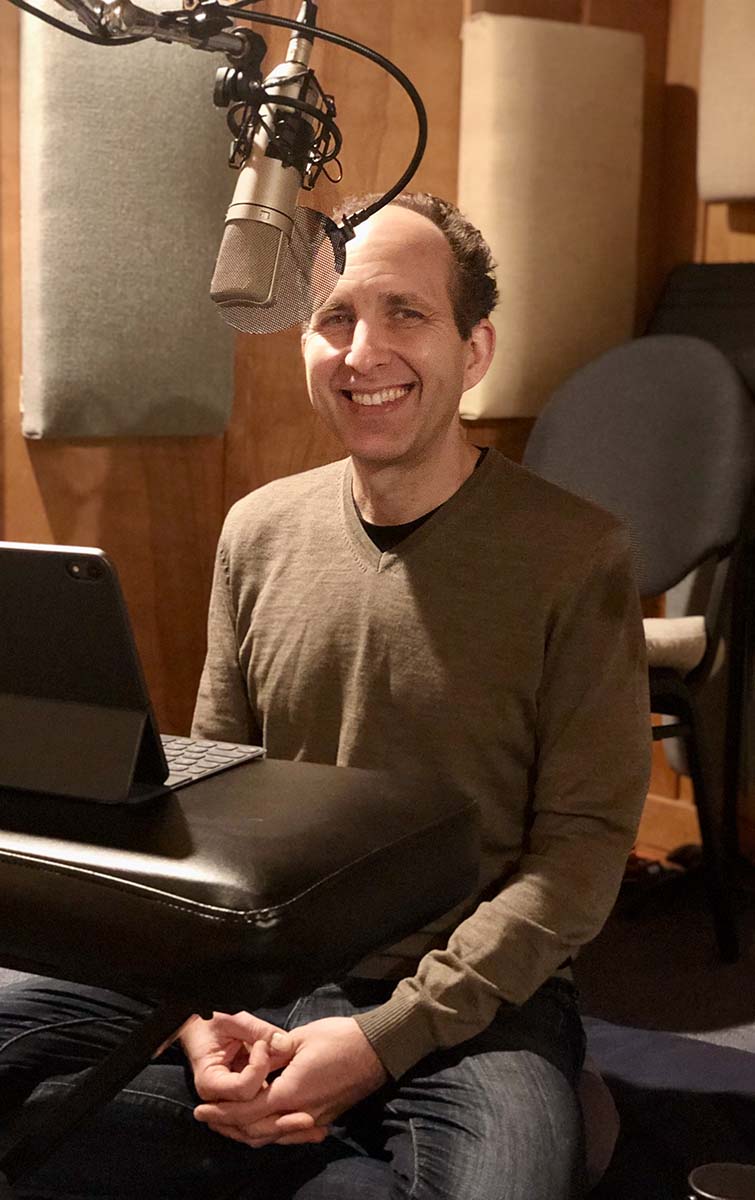 Scott Snibbe is a longtime student of Tibetan Buddhism whose teachers include Geshe Ngawang Dakpa, Choden Rinpoche, Ven. Sangye Khadro, Ven. Rene Feusi, Lama Zopa Rinpoche, Gyumed Khensur Rinpoche Lobsang Jampa, and His Holiness the Dalai Lama. For nearly two decades, he has led meditation classes and retreats that infuse the pure lineage of the great Buddhist masters with science, humor, and the realities of the modern world.

In addition to his work teaching meditation, Snibbe is a digital artist and entrepreneur who has created bestselling art and music apps and interactive art installations. He has collaborated with musicians and filmmakers including Björk, James Cameron, and Philip Glass, and his interactive art has been collected by science and art museums globally, including the Whitney Museum of American Art and New York’s Museum of Modern Art where his work is currently on display through July 2023.

“The time has come to find a way of thinking about spirituality and ethics that is beyond religion.”
His Holiness the 14th Dalai LamaBeyond Religion, 2011
“Give up religion, give up Buddhism. Go beyond Buddhism. Put the essential aspect of the philosophy into scientific language.”
Lama Thubten YesheInstituto Lama Tzong Khapa, 1983
"Buddhism is not meant to make more Buddhists, but to generate happy minds.”
Geshe Tenzin NamdakJamyang Buddhist Centre, 2021
Previous
Next

Each of the twelve classes teaches one analytical meditation technique to meet everyday challenges like distraction, anxiety, hopelessness, anger, conflict, and craving. 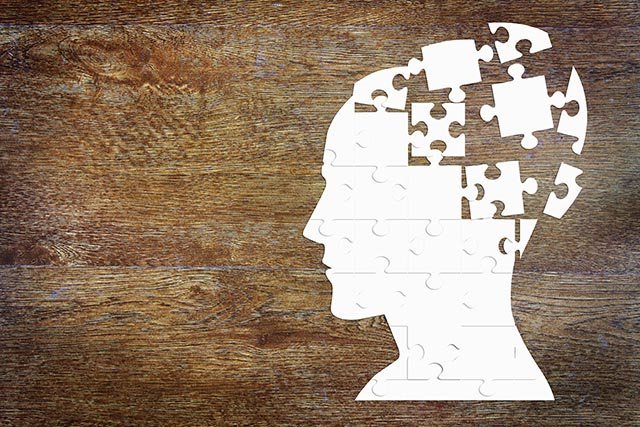 Class 1. What Is Meditation?

Meditation isn’t just a tool to improve focus or relax, but a way to strengthen the positive qualities we all naturally possess: compassion, kindness, generosity, patience, humor, and finding joy in everyday life. Learn what the difference is between mindfulness meditation, the calming meditation that focuses your mind, and analytical meditation, the active type of meditation that steers your mind toward its best qualities. 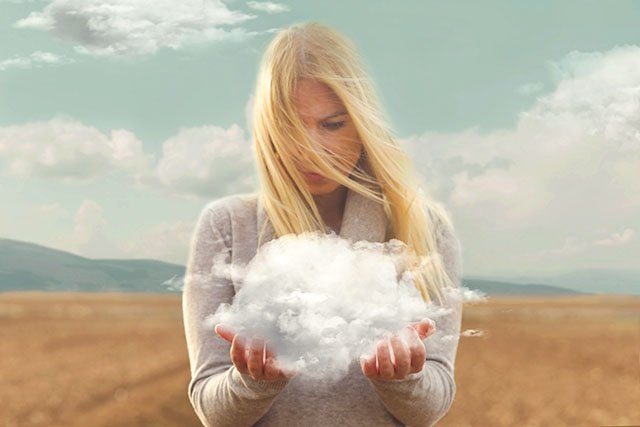 Science still has no agreed definition for consciousness or mind. But through meditation, we can subjectively explore the mind. In the second stage, we ask What is the mind? If the mind is our thoughts, then what is it that observes those thoughts? What are we without thoughts? Do we ever truly see an object, or only its mental reconstruction? And maybe most importantly, how can we transform our mind toward happiness, presence, and connection? 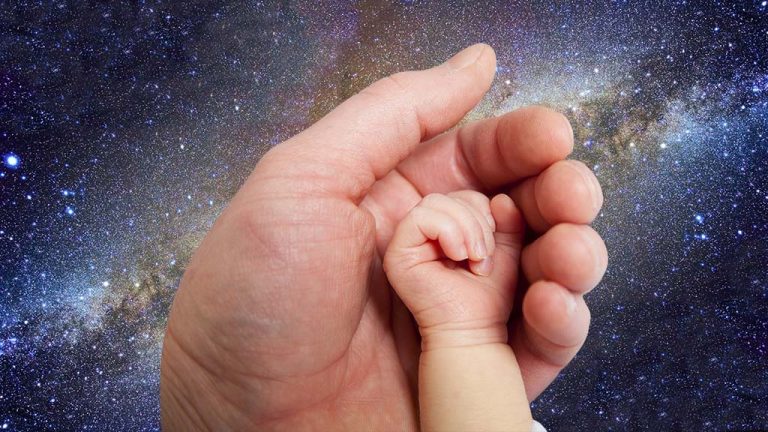 Class 3. The Preciousness of Life

Voltaire once said, “It is not more surprising to be born twice than once.” But whether we believe we have one life or many, it’s easy to take our life for granted: our relationships, possessions, our health, body, mind. In the third stage, we contemplate the miracle of existing at all, from our place at the end of our universe’s 14 billion years’ evolution, to the simple joy of another 24 hours alive. 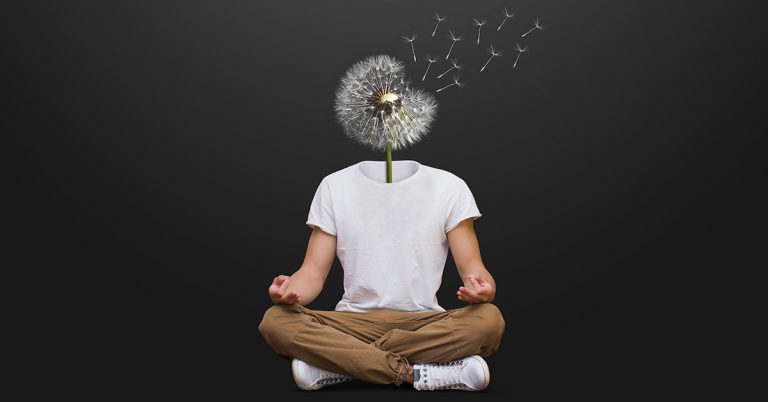 “Every moment is new” is of the simplest and most powerful Buddhist teachings. In the fourth stage, we talk about impermanence. We tend to cling to things as if they won’t change, but change is the nature of reality. When we embrace impermanence, we prepare ourselves for big changes, and can let go of our fear and anxiety to become more fully present to those around us and make the most meaningful choices day-to-day. Embracing impermanence even helps even to enjoy life’s fleeting pleasures more fully, without fear that they’ll end or craving for more. 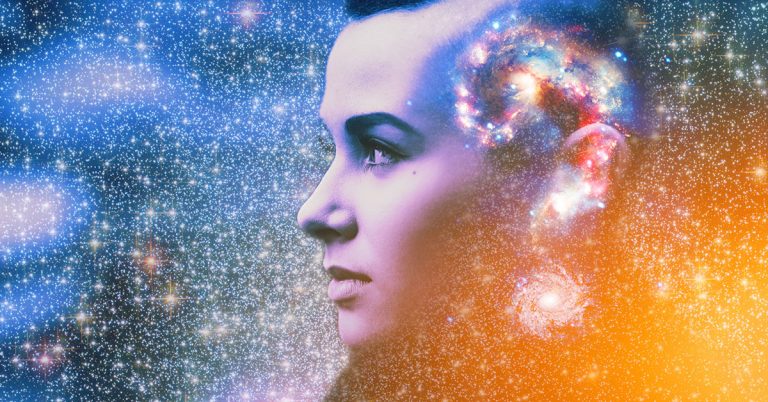 Class 5. Mental Cause and Effect

Science has greater and greater mastery in understanding and controlling physical cause and effect, from planets to particles, but we are only starting to understand cause and effect in our minds. Evolution, habits, and society all affect our behavior. In the fifth class we talk about how we can gain conscious control of our behavior, thoughts, and habits. 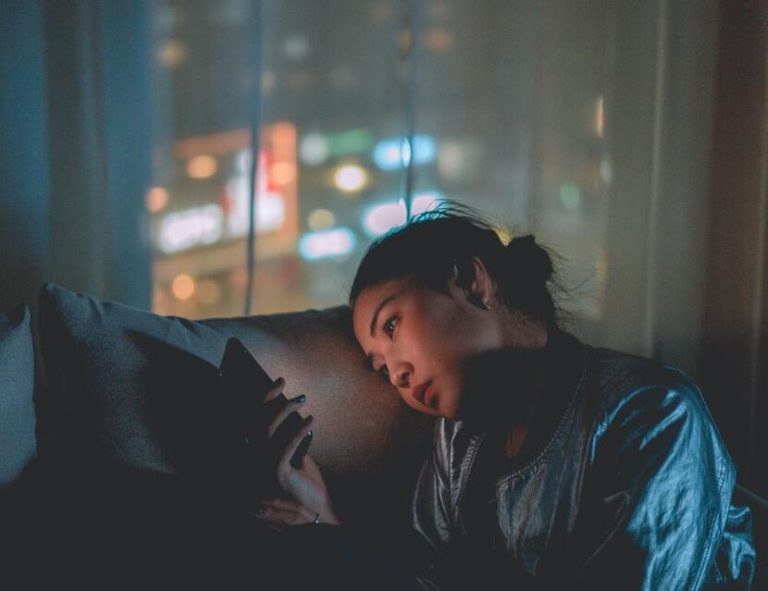 Class 6. What Do You Do When You're Alone?

What do you do when you’re alone? When you’re scared, anxious, lonely, or afraid, when you feel strong craving? What do you turn to? Food, relationships, sex, drugs, entertainment, or social media? In the sixth class, we reveal a deep source of strength and support within our own minds that’s accessible to each of us any time we need it. 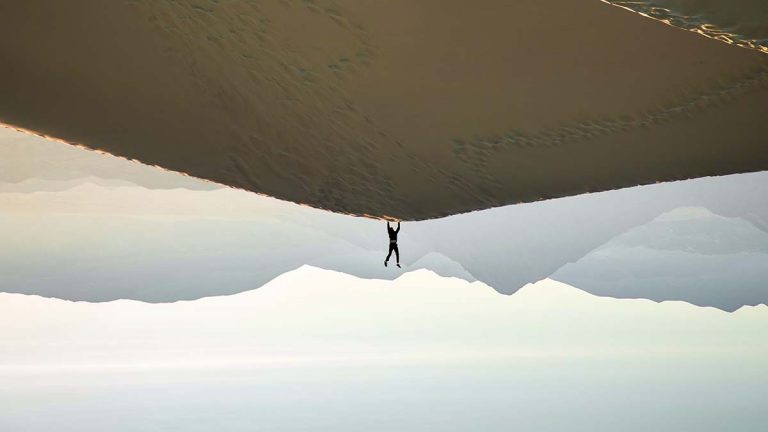 Class 7. Am I More Important Than Anyone Else in the Universe?

Am I just a little bit more important than everyone else? My happiness, my goals, my relationships? The root cause of our suffering from the Buddhist perspective is this belief, a delusion called ignorance, seen as the true source of all our suffering: from disappointment in the face of life’s setbacks, to the dissatisfaction we can feel even when we get exactly what we want. In the seventh class, we discuss suffering, the ego, and how to find a lightness in life that lets us enjoy pleasure when we have it, be content when we don’t, and accept life’s inevitable pain. Class 8. The Red Pill of Renunciation

In the eighth class, like Neo’s choice between the red and blue pills in The Matrix, we seek to understand the transient nature of life, our inner habits and outer influences, and develop the courage to let go of anger, craving, and self-centeredness, the real causes of our suffering. 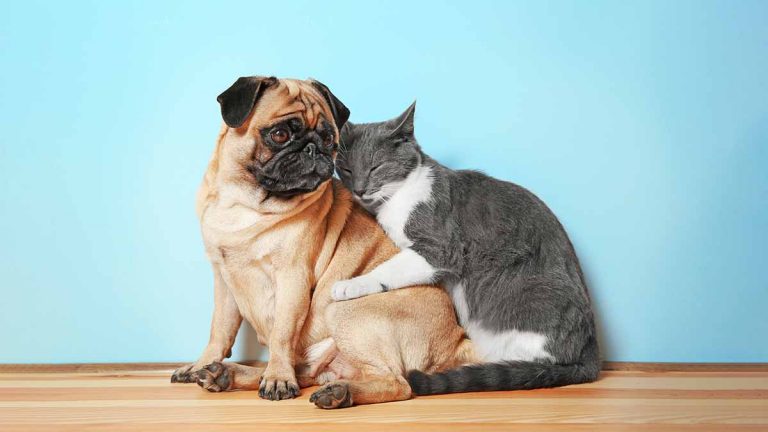 Love is complex in our culture, tied up with finding a single person to satisfy our huge list of needs and dreams who we then grant the exclusive gift of our affection. But love from the Buddhist perspective is simpler, free from attachment. Love, or loving-kindness, is wishing others to be happy. In the ninth class, we explore mind training techniques and modern psychology tools that train the mind in love and compassion, including the powerful method of universalizing that transforms any moment of pleasure of pain into a cause for expanding our compassion. 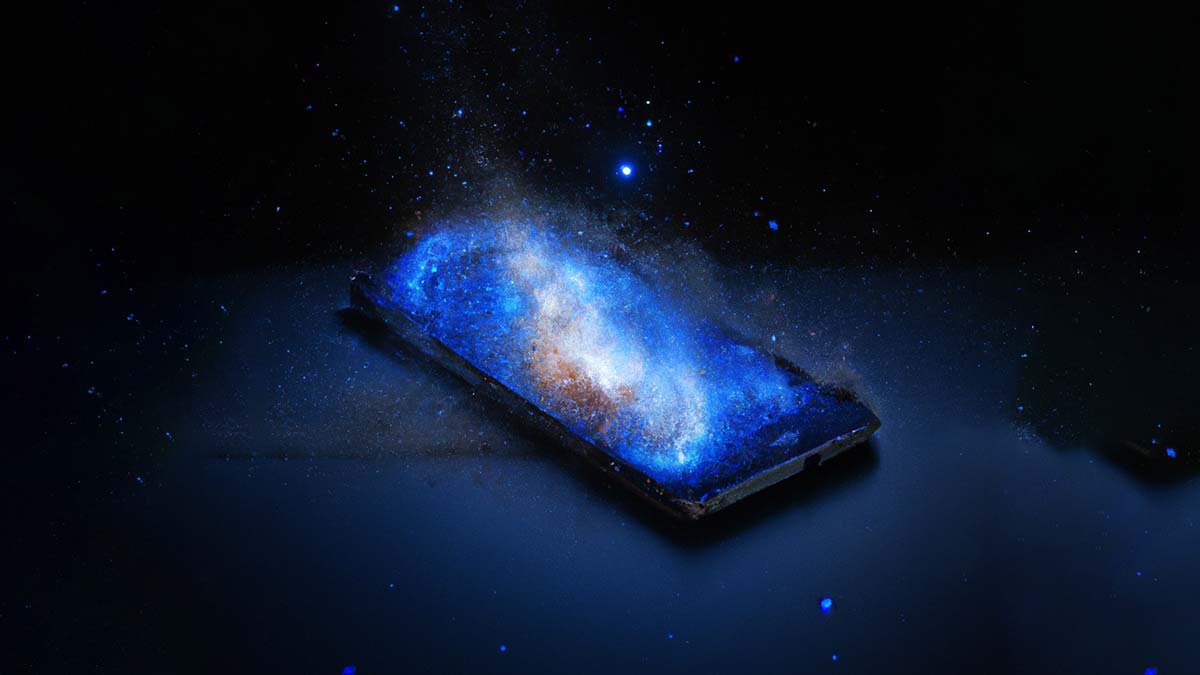 How do things exist? In your mind, out in the world, or somewhere in-between? In the tenth class we delve into the Buddhist views of the interdependent nature of reality combining traditional Buddhist logic with a modern scientific understanding of physical reality and neuroscience: things can be broken down into parts, things change, and all things are interconnected, coming about through causes and conditions. We also discover that our smartphone contains almost every element in the universe, making it the perfect object of interdependence to meditate on. 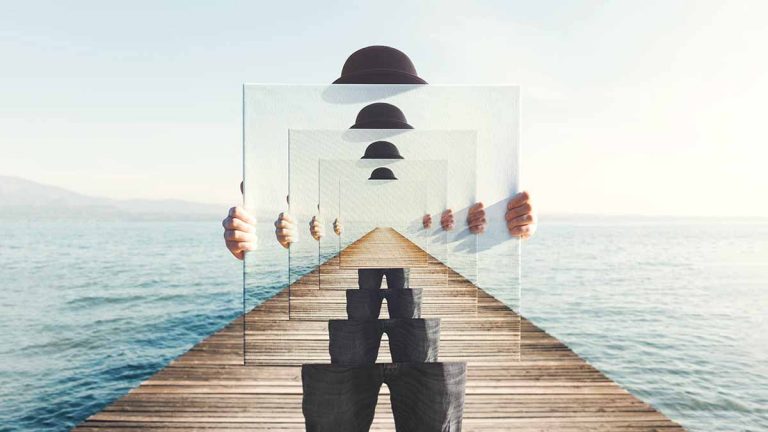 Are you your body? Are you your mind? Are you a collection of thoughts, memories, and neural connections that might be uploaded into a computer to live forever? This last topic discusses the root of our problems – the illusory way we see our self as independent from the world and others, and how to break through that illusion to discover our deep interconnectedness with all of nature and all other beings. 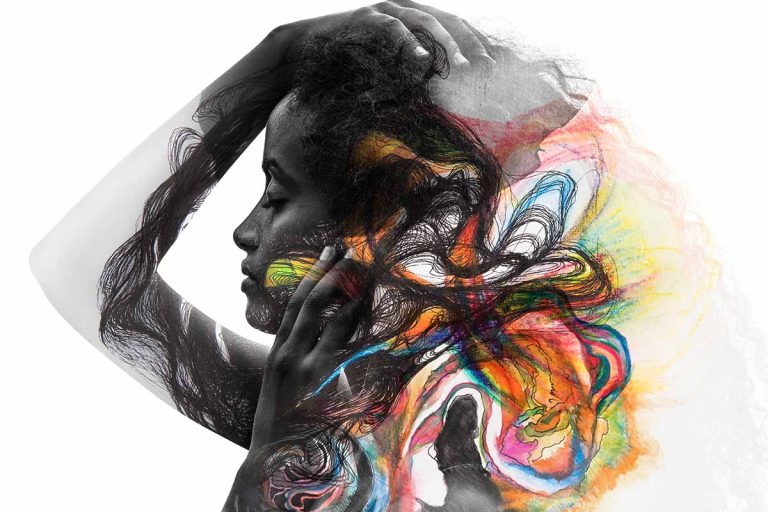 Class 12. A Skeptic’s Path to Enlightenment

In the final class, we meditate on all 9 topics in order—the mind, preciousness of life, impermanence, cause and effect, refuge, letting go of suffering, renunciation, compassion, and the interdependent nature of reality—the ordered stages of understanding ourselves and reality that progressively develop the mind toward its best qualities, and a life of connection and meaning.

FULL AND HALF SCHOLARSHIPS

For ordained people and those unable to pay for our programs,