About A Skeptic’s Path to Enlightenment

A Skeptic’s Path to Enlightenment brings the inner science of Buddhist meditation to twenty-first century people hungry for happy, meaningful lives. It is a secular approach to meditation that requires no belief beyond our current understanding of science and psychology.

Skeptic’s Path meditations are based on powerful analytical meditation techniques that use imagination, emotions, and critical inquiry to probe our inner and outer realities and expand our compassion. These mind training techniques based on the Tibetan Buddhist tradition, expand on the popular mindfulness approach to meditation to help us better understand our minds from the inside out, building healthy mental habits that are the true causes of happiness.

In our weekly podcast, we share talks, guided meditations, and interviews exploring the vast variety of analytic meditation topics including love, compassion, sleep, death, family, work, and relationships. Our 12-week in-depth course teaches you how to practice the thousand-year-old tradition of analytical meditation in a modern form.

Read more in What Is A Skeptic’s Path to Enlightenment? and Analytical Meditation: Story, Thought, and Emotion. 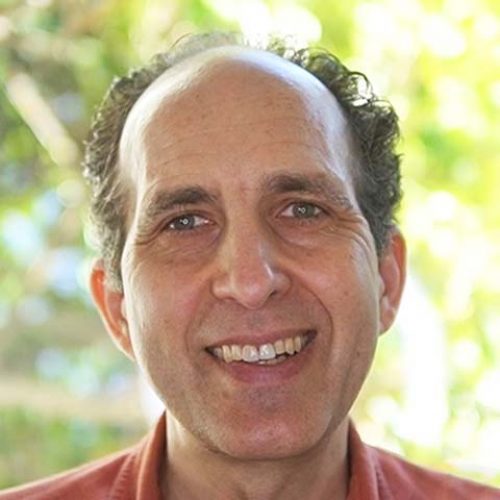 Scott Snibbe is a twenty-year student of Tibetan Buddhism whose teachers include Geshe Ngawang Dakpa, Choden Rinpoche, Ven. René Feusi, Lama Zopa Rinpoche, Gyumed Khensur Rinpoche Lobsang Jampa, and His Holiness the Dalai Lama. Inspired by his teachers, he leads meditations that infuse the pure lineage of the great Buddhist masters with science, humor, and the realities of the modern world.

Over the course of a career as a digital artist and entrepreneur, Snibbe has created bestselling art, music, and social apps, and collaborated with musicians and filmmakers including Björk, James Cameron, and Philip Glass. His interactive art has been collected by both science and art museums, including the Whitney Museum of American Art and New York’s Museum of Modern Art. 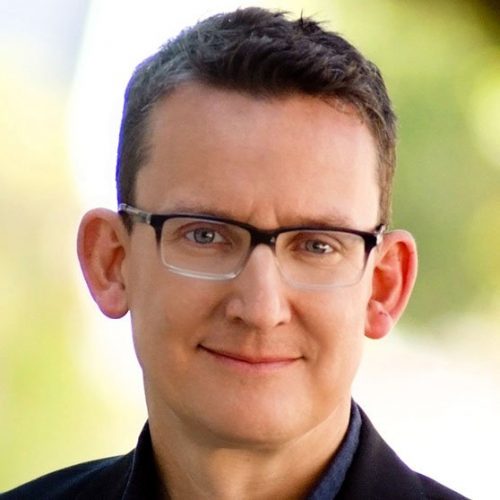 Stephen Butler is the Executive Director of the Compassion Institute and co-founder of A Skeptic’s Path to Enlightenment. He has been a student of Buddhism for 30 years and, since 1999, has trained under Geshe Ngawang Dakpa, one of the last Lamas schooled in Tibet’s original monasteries. Stephen’s other teachers include His Holiness the Dalai Lama, Denma Locho Rinpoche, and Choden Rinpoche. He holds a degree in East Asian Studies and Religious Studies from the University of Arizona.

For many years Stephen has worked with Native American and Indigenous music to deepen our understanding of Indigenous cultures. As the founder of Buffalo Jump Records and Director of Production at Canyon Records, he has produced more than 200 studio and live productions, including 21 Grammy-nominated recordings by artists including R. Carlos Nakai and Northern Cree. Stephen’s volunteer work in Himalayan Nepal, India, Sera Jey Monastic University, and San Francisco’s Tse Chen Ling merge his interest in Dharma, his passion for cultural preservation, and his work in media production. 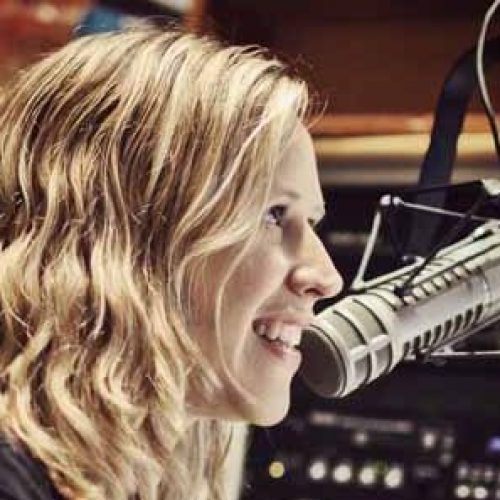 Tara Anderson is a writer, audio producer and performer from Louisville, KY. She’s reported and produced for outlets around the world including NPR, the BBC World Service, and the CBC. Her career in radio began at WFUV, Fordham University’s public radio station, and she is currently the lead producer for The Music Box, a music education podcast for kids from Louisville Public Media. She also produces the Louisville edition of The Moth StorySLAM. She’s been a meditator for over 20 years, mostly in the Shambhala tradition. 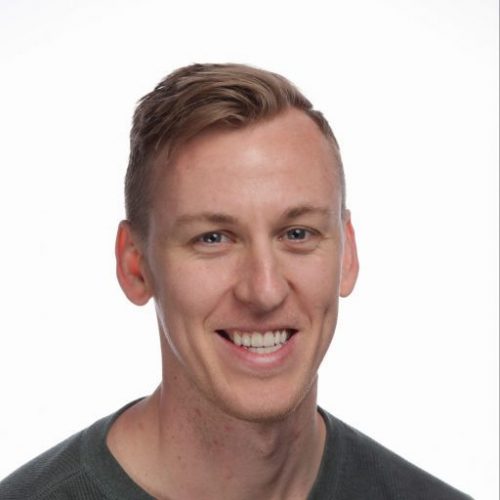 Jason Waterman has been practicing Buddhist meditation for a decade. He first used mindfulness meditation to cope with the stress of being an NCAA Division One athlete, only later discovering the true depth of the teachings upon encountering Theravada Buddhism while living in Southeast Asia on a Fulbright Grant. His biggest influences have been the Thai Forest, Goenka, and Plum Village traditions.

Jason completed the two-year Mindfulness Meditation Teacher Certification Program led by Tara Brach and Jack Kornfield, certified by UC Berkeley’s Greater Good Science Center and the International Mindfulness Teachers Association. He launched his own organization, Seeds We Water, to offer accessible Buddhist mind-training techniques in schools, corporations, and an array of other secular and spiritual organizations. Jason previously worked at advertising agencies in New York City and Boston helping with everything from launching new products for Fortune 500 companies to planning Super Bowl commercials. 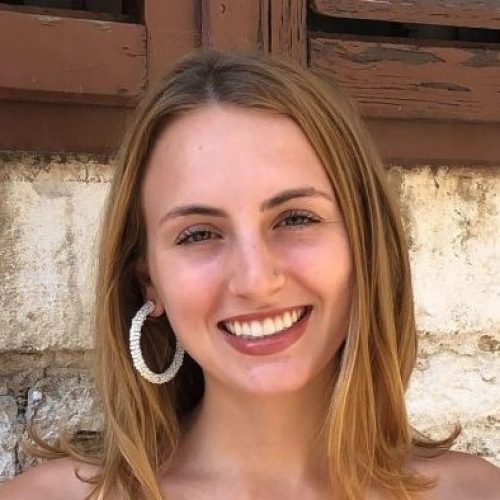 Isabela Acebal is a marketing manager, writer, artist, digital nomad, and yoga teacher. She graduated with a Bachelor’s degree in Communication from the University of California, Santa Barbara and has been traveling ever since. Isa loves to explore not only the external world but also various spiritual traditions and the inner workings of human nature. 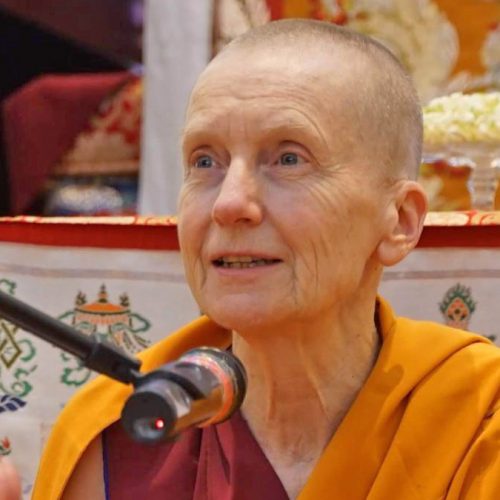 Ven. Sangye Khadro was born Kathleen McDonald in California in 1952 and has been a Tibetan Buddhist nun since 1974. An inspiring role model and a wise counsel, Ven. Sangye Khadro is one of the foremost teachers of Buddhism in the West today and one of the few fully ordained Buddhist nuns in the Tibetan Lineage. Her warm, gentle and unassuming manner of teaching paired with her ability to present the Dharma in a contemporary and personal way has touched and transformed the hearts of spiritual seekers around the world. Kathleen is the author of the best-selling book How to Meditate, an excellent introduction and beautifully simple guidebook on Buddhist meditation, and Awakening the Kind Heart: How to Meditate on Compassion. 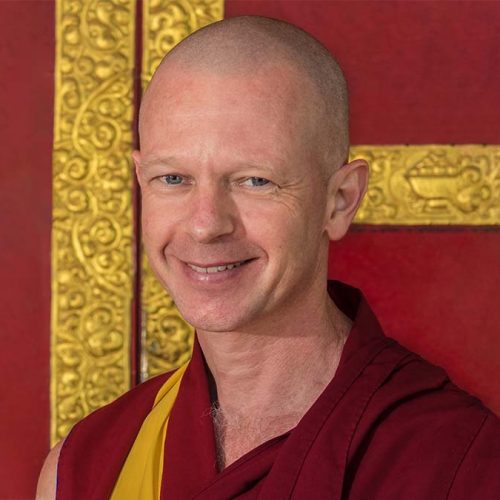 Geshe Tenzin Namdak is one of the few westerners to have completed the rigorous twenty-year Geshe program at Sera Jey Monastery and the first westerner to complete the Vajrayana study program at Gyume Tantric College. Geshe Namdak originally trained as an hydrology scientists and worked an environmental researcher before becoming ordained by His Holiness the Dalai Lama as a Buddhist Monk. Geshe Namdak has done many retreats and is an experienced teacher in the practical and philosophical aspects of Buddhism, taught with clarity and humor. Currently, Geshe Namdak is the resident teacher at Jamyang Buddhist Centre, London, and teaches at other centers worldwide. 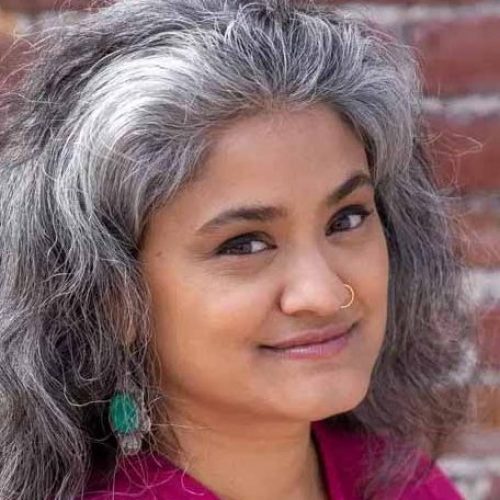 sujatha baliga is a restorative justice educator and advocate and a 2019 winner of the MacArthur Fellowship. She has served as the director of the Restorative Justice Project at Impact Justice, a co-founder of Crime Survivors for Safety and Justice, and a Soros Justice Fellow at Restorative Justice for Oakland Youth. sujatha holds an AB (1993) from Harvard University and a JD (1999) from the University of Pennsylvania Law School and has been studying and practicing Tibetan Buddhism since 1996. Her life’s work in restorative justice was born of the personal advice she received when she was 24 years old from His Holiness the Dalai Lama on forgiving seemingly unforgivable acts. 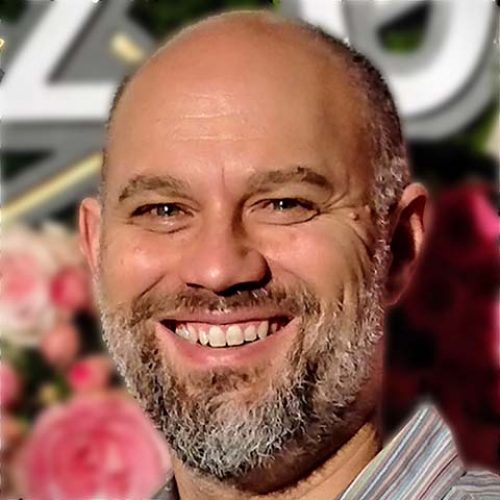 Kristian Simsarian is an innovator, educator, and AI/Robotics expert. He worked for a decade as a Robotics and AI computer scientist before joining innovation powerhouse IDEO. During his 17 years at IDEO, he co-founded and led the software design practice and later became a distinguished fellow. Seeing an education gap in technology design, he founded California College of the Arts’ BFA and a Master’s programs in technology design where he serves as a design professor.

Though we have studied with authentic Buddhist masters, any faults in adapting their teachings to a secular audience are our sole responsibility. Comments and corrections are welcome on each page, or privately via the Contact Page. 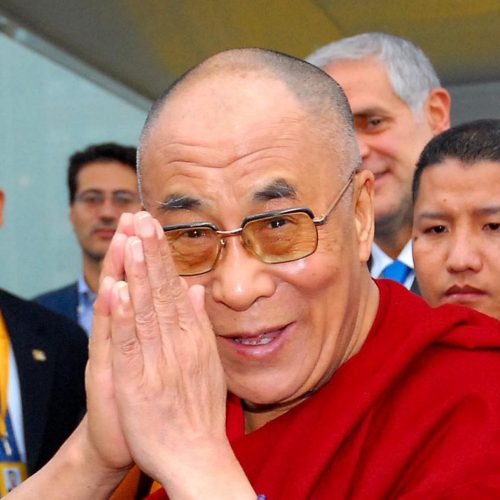 His Holiness the 14th Dalai Lama, Tenzin Gyatso is the spiritual leader of the Tibetan people, and a worldwide promoter of peace and secular ethics who in 1989 received the Nobel Peace Prize.

Ribur Rinpoche was a highly realized Tibetan practitioner, writer, and teacher who lived in Northern California for many years before returning to India, where he passed away in 2006. 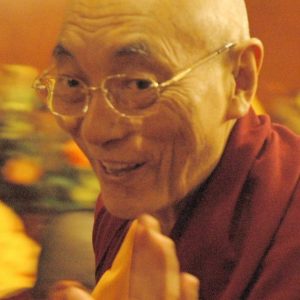 Choden Rinpoche was one of the highest of the Gelug lamas. He led a secret, solitary retreat for 19 years in Tibet until leaving in 1985. For twenty years thereafter, he taught extensively worldwide until 2015 when he passed away in India. 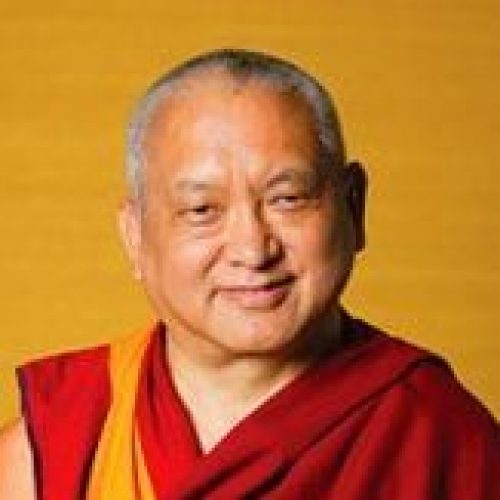 Lama Zopa Rinpoche is a renowned Tibetan Buddhist teacher and author. He serves as the spiritual director of The Foundation for the Preservation of the Mahayana Tradition (FPMT), and was the heart disciple of its founder, Lama Thubten Yeshe. 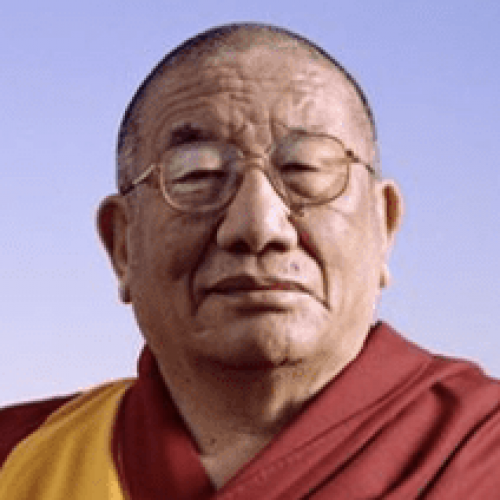 Geshe Ngawang Dakpa is an accomplished Tibetan Buddhist teacher and scholar. Originally from Tibet, Geshe-la studied and taught for many years in India before becoming the resident teacher at San Francisco’s FPMT center Tse Chen Ling. 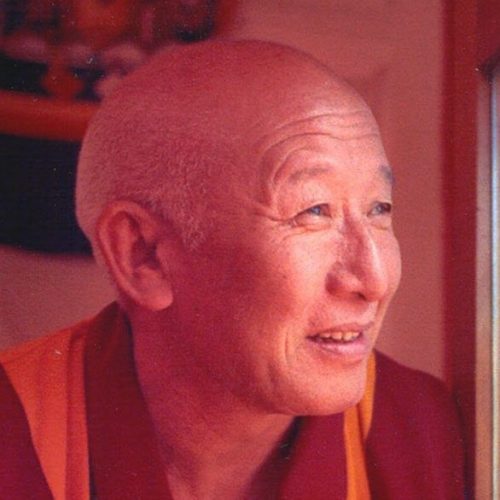 Geshe Tsulga was an accomplished Tibetan Buddhist Lama. He served as the resident teacher at The Kurukulla Center in Boston, Massachusetts from 1995 until his passing in 2010. 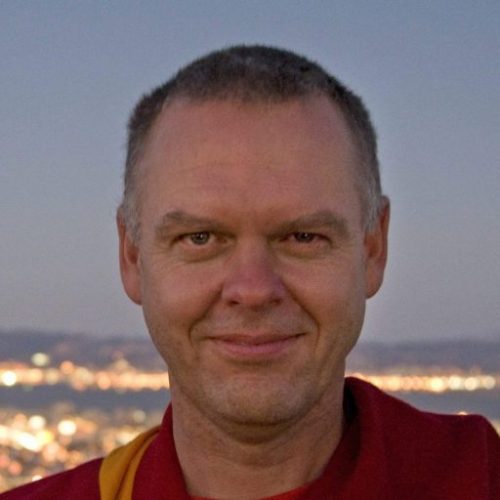 Ven. René Feusi is an ordained monk in the Gelugpa tradition of Tibetan Buddhism, a student of Lama Yeshe and Lama Zopa Rinpoche. Since 1995 he has guided students in meditation and retreats worldwide, and was the resident teacher at the Vajrapani Institute from 2002 to 2008. 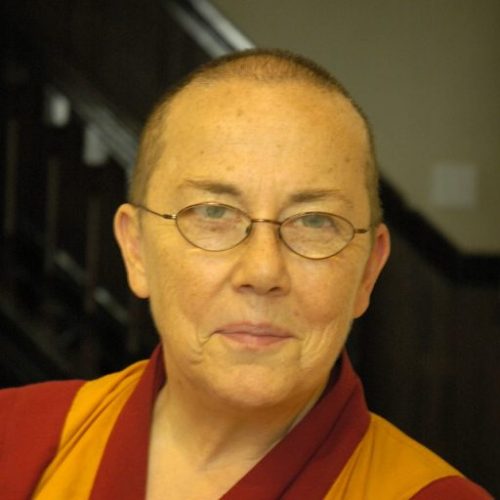 Ven. Robina Courtin has been an ordained Buddhist nun since the 1970s. In addition to her spirited worldwide teachings, she has served as editorial director of Wisdom Publications, editor of Mandala Magazine, and executive director of Liberation Prison Project providing prisoners with Buddhist meditation and study materials. 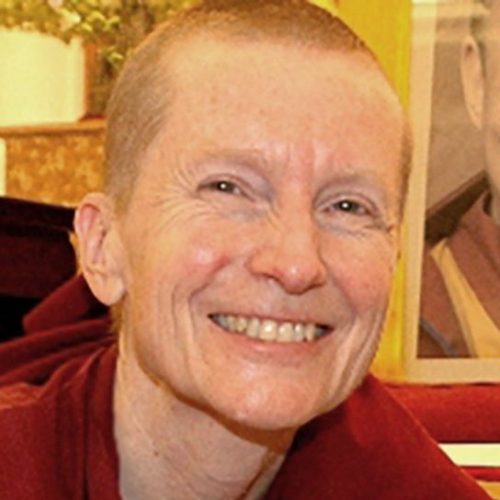 Ven. Sangye Khadro (Kathleen McDonald) has been an ordained Buddhist nun since 1974, and is one of the few fully-ordained western nuns in the Tibetan lineage. She’s the author of several books including the bestselling How to Meditate. 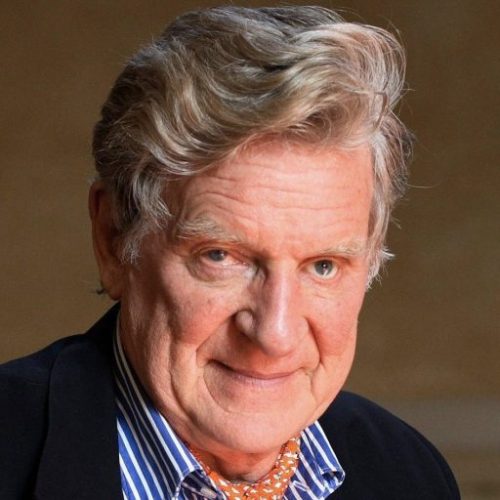 Robert Thurman, Ph.D. is a recognized worldwide authority on religion and spirituality, Asian history, world philosophy, Buddhist science, Indo-Tibetan Buddhism, and His Holiness the Dalai Lama. He has published numerous books and teaches in both scholarly and spiritual contexts. 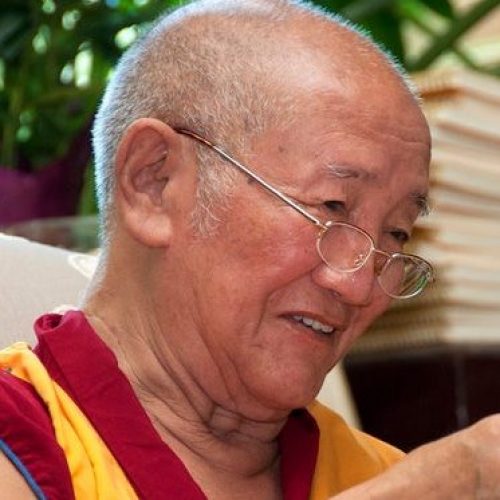 Gyumed Khensur Rinpoche Lobsang Jampa has played an instrumental role in the spread of Tibetan Buddhism to the Western world. He served as the abbot of Gyumed Tantric College in India, and the spiritual director of the Guhyasamaja Center in Washington, D.C., DKNL in Connecticut, and Do Ngak Dargye Ling in California. 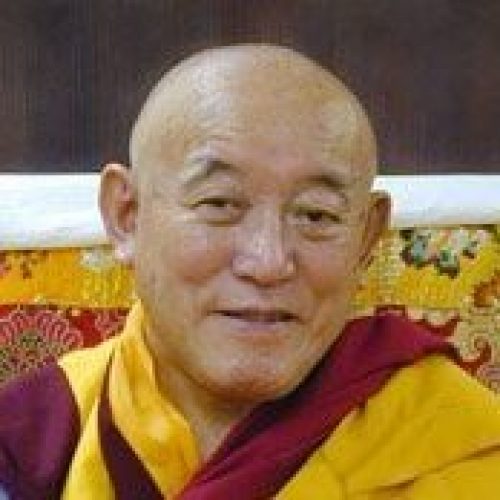 Denma Locho Rinpoche was one of the last living high lamas educated in Tibet. Born there in 1928, Locho Rinpoche fled to India in 1959. He became the lineage holder of Ling Rinpoche, the root guru of the Dalai Lama, and served as the abbot of Namgyal Monastery, the personal monastery of the Dalai Lama, from 1986 to 1991. He taught at centers and monasteries worldwide until his passing in 2014.

Sign up and receive a 20% discount off your first online course and a free “Simple Ten-minute Meditation” MP3 and PDF.